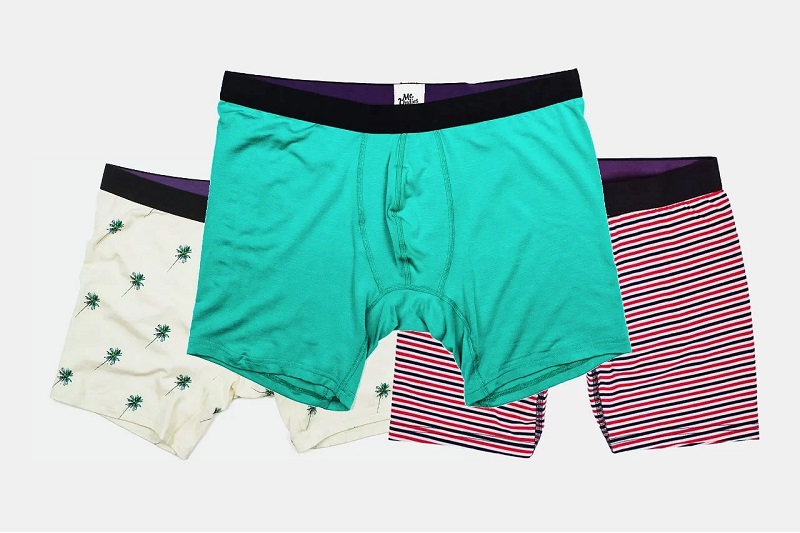 When shopping for underwear, the majority of men simply focus on choosing from among the different available types — briefs, boxers, boxer-briefs, trunks or thongs. Not a lot of them are particularly picky when it comes to the brand or label.

Because of this, a lot of men are deprived of the opportunity to experience the many joys that come with wearing designer undies.

There is never a shortage of men’s underwear online and offline that come from some of the most popular and admired designers of today. No matter if you prefer a classic look or more playful energy, it’s for sure that there is a designer pair that you should give a try.

Keep on reading to come across some of the reasons why it’s a fantastic idea to switch from generic to designer undies without much delay.

One of the many reasons for wearing underwear is to get much-needed support down there. Although most cheap undies can provide comfort alright, the trouble with them is that they forget the importance of pairing support with comfort.

It’s when the benefit of opting for designer undies comes in. Their designers have put a lot of effort into designing them to make sure that they are comfortable to wear.

Especially if you have been wearing underwear in budget packs all your life, it’s for certain that you will notice the big difference the minute that you put on a pair of designer ones. You may even reprimand yourself for not switching to designer undies a long time ago.

They Can be Around for a Long Time

When checking out men’s underwear online or offline, a lot of men steer clear of designer ones, especially those who feel that going for them is not a smart move pocket-wise.

This is when they are wrong. It’s true that the price tag of a pair of designer underwear, especially one that carries a label revered all over the planet, is higher than that of a budget counterpart. However, in the long run, the designer kind is the more economical choice.

It’s for the fact that designer undies are out of high-quality materials. What’s more, they meet high standards construction-wise. Because of this, they can outlive cheap ones, thus saving men from having to spend money on new underwear often.

They Increase Your Self-Confidence

Just because your underwear is out of everyone’s view doesn’t mean that it doesn’t have any contribution to the way you look. Wearing a pair of designer undies can make you feel great, and this can make you look your best.

How? By making you feel more confident! According to studies, confident people are generally perceived as more attractive than those who are lacking in confidence.

Letting everyone know that you are wearing comfortable and luxurious underwear carrying the name of a popular designer isn’t necessary to make heads turn towards you. Often, it’s enough that you know for yourself that you are sporting a fine pair of undies.

Earlier, it was mentioned that designer undies are out of top-notch materials and come with first-rate construction. It’s because of this why they can give you comfort as well as keep you from ending up with skin irritation down there.

Most designer options are breathable, which helps fight overheating and too much sweating. They also have a superior fit, which is why unnecessary friction can be avoided.

What to Keep In Mind When Buying Cedar Products?

Enjoy Getting The Latest And The Most Advanced Smartphones From The Noon...

Things you need to know before getting your first tattoo