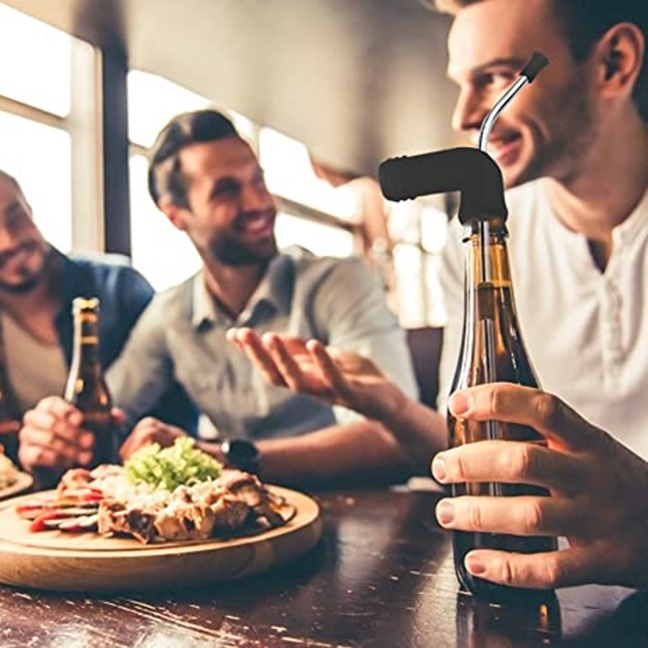 A beer snorkel is a tube that is attached to the bottled beer to make drinking easier. It allows air to flow through the bottle. It is an excellent tool that lets one gulp beer down faster. These snorkels have a unique and compact design. They are thus portable and used in any place for ease in drinking.

Australians enjoy drinking beer using a snorkel. There has been a significant rise in the bottle shop industry in Australia over the past couple of years. Here are some of the benefits of using a snorkel for parties and the occasional drink.

Advantages of using a snorkel

There are multiple advantages to using a snorkel. The unique design makes it a very edgy trend. Many people prefer using a snorkel over drinking beer from a bottle. One can attribute this fact to the ease a snorkel provides to the user.

Here are some of the prominent advantages of using a snorkel over traditional drinking:

i) Trendy – The first and foremost benefit of using a snorkel is its trending nature. As mentioned earlier, many people have started preferring a snorkel over traditional drinking. This edgy nature of the device makes for a great product to use at parties and reunions. Drinking beer traditionally might not look so classy in a party where everyone’s dressed to the dot. In such cases, snorkels come in extremely handy and add a sense of royalty to those around.

ii) Airflow – The primary objective of the device is to facilitate the flow of air in the bottle using a straw. This feature makes it immensely easier to down the beer in seconds. Many people that find it difficult to drink beer can opt for these devices. Beginners can also start with this device and then indulge in the traditional sense to get a taste of it.

iii) Connectors – Snorkels also have accessories to them. They can connect multiple bottles of beer into a single straw. This feature makes it an excellent purchase for frat parties and college fun. People can show off their ability to down multiple beers in seconds using this device. It is not an easy task to chug an entire beer in one go. Three bottles of beer simultaneously is an immense feat that is achieved easily using this device.

Applications of the snorkel

As observed, there are multiple features to using beer snorkels. It is trendy, easy to drink, and can be a great hit at a party. With the increase in consumption of alcohol, one might want to try new variations to drink. However, one might not know the various applications of these snorkels.

Here are some fun ways to use a snorkel to spice up one’s parties.

i) Drinking Game – One of the most fun things to do with a snorkel is to make a drinking game out of it. If it’s a party, there’s lots of beer. People can connect multiple bottles to a single snorkel and show off their chugging abilities.

ii) Can-Usage – A beer snorkel is also an excellent pick for beer cans. Its unique design lets air flow into the can. People that prefer cans over bottles can use the snorkel to facilitate drinking with ease.

It is an edgy product for parties and functions. As mentioned earlier, many people prefer snorkels over traditional bottled drinking. In conclusion, snorkels are an excellent trend that people can use to spice up their drinking game.

The Complete plus Size Bra Guide

Why Stainless Steel Jewelry Is the New Sensation

How Should You Choose Wholesale Clothing Suppliers For Boutiques?