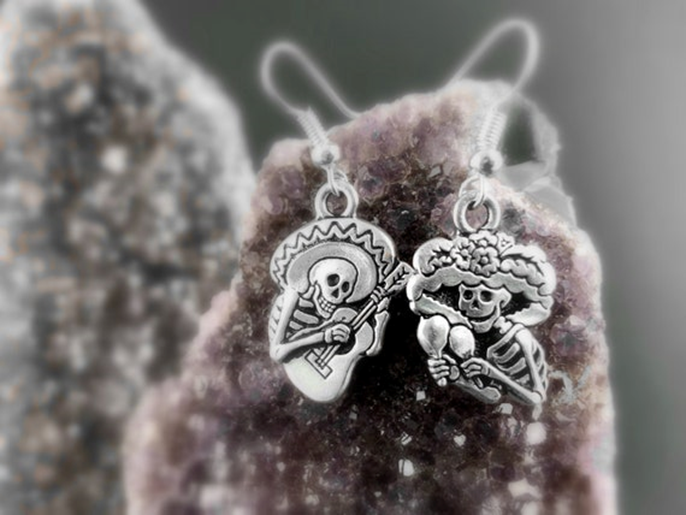 It’s a fact of life that death will come at some point for all of us; some may see it as a shadow lurking around the corner, while others will see it as an angel descending from the heavens to take us home. Throughout the world, there exist myths and references to death as a personified being. Death is often shown as a reaper, a specter without a face, or the Santa Muerte in Mexico.

In spite of the Catholic Church and the Mexican government officially rejecting the worship of Santa Muerte (the saint of death), the popularity and zeal of its adherents in Mexico cannot be questioned. Death is sometimes depicted as a male figure, but in Mexico, she is almost always depicted as a female figure. It is important to distinguish between the Santa Muerte and the Catrina, which is a popular Mexican picture of indigenous Mexicans who sought to adopt European fashions.

All other Catholic saints and probably even Christ aren’t as revered as the Virgin of Guadalupe in Mexico. As a result, it’s not surprising that the Mexican patron saint of the dead is a female. It’s a tradition in this country to honor the dead by participating in annual Day of the Dead celebrations. Dia de Muertos is a day of remembrance and celebration for Mexicans, a time to honor the memory of loved ones who have passed away.

For centuries, indigenous Mexicans practiced a strong death cult, believing in a variety of deities of the underworld or the dead and spending their summer months performing rituals similar to those of a Day of the Dead, such as erecting altars to the deceased and consuming special foods, as well as dancing and singing to the music of the dead.

A renowned Mexican folklore figure, Santa Muerte, has been rising in popularity in recent years due to the violence of drug trafficking, poverty and a society that isn’t always sympathetic to its lower-class citizens. For the poor and working class in Mexico, this is a big draw.

An altar dedicated to Santa Muerte, Mexico City’s most dangerous central neighborhood, was used to hold a monthly rosary for the deceased until July 1, 2016. As of June 7, 2016, an altar kept by the Romero family on Alfarero Street in New York City hosted a rosary, which was canceled by its hostess following the death of her husband. Believers, on the other hand, continue to make the pilgrimage, asking the Santisima for help with their health issues, personal troubles, and concerns about their children. As a warning, kids are told to avoid making commitments to the Santa Muerte that are impossible to honor.

Red apples, alcoholic beverages, tobacco, flowers, and candles are some of the offerings left at shrines in Mexico City’s Centro Historico for the flaquita (the “thin one”), as she is frequently referred as.

Particularly in Veracruz and Hidalgo, the Santa Muerte worship has taken on various manifestations across Mexico. Santa Muerte is a beloved family member of many Mexican Catholics, who decorates, dresses, converses with, and prays to him every day. Respect and deference are the unwritten principles of Santa Muerte worship. However, instead of being demonized in Mexico, Santa Muerte is still revered as one of God’s workers, an essential part of the human lifespan, and an important saint we should all know about.

The Advantages of Hiring an Event Manager for a Party

Selecting The Best Caravan Awning For Your Needs And Budget

A Complete Guide to Filler Flowers and Foliage