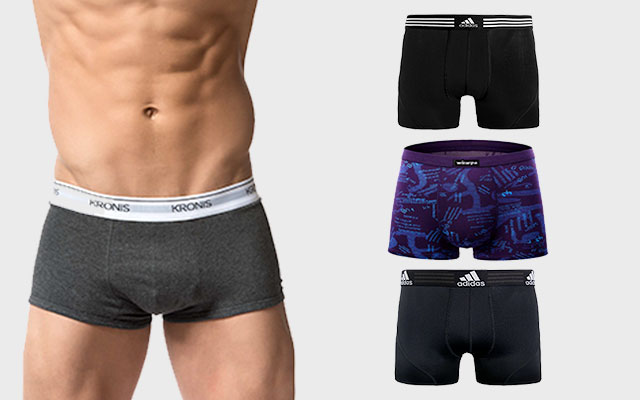 Picking the right underwear has an impact on man’s health and general well-being. Sometimes men just select their underwear based on color, not considering the fabric, comfort level, size, and other aspects. Considerable research indicates that your choice of underwear affects your reproductive, sexual, and physical health. There are medical issues that are associated with men’s underwear that you have to know before you buy men’s underwear online.

If the underwear is too tight, it means that sweat and moisture are trapped inside the sensitive areas. This may result in a crotch rot, male yeast infection, and jock itch. Jock itch is a fungal infection in the skin found in the genital areas, buttocks, and inner thighs. It is reddish, itchy, often develops a ring-shaped rash, and is truly uncomfortable. This can be treated by washing it with soap and warm water and applying an antifungal cream or powder. You have to dry yourself after taking a shower or doing exercise. Make sure that you change your clothes and underwear daily as well.

Testosterone levels go down as a man ages. But when you wear underwear such as boxers and briefs with a bigger pouch, it is possible to avoid having decreased levels of testosterone, which is linked to diabetes risk.

Another problem is chafing when you are playing sports or working out. If your underwear is not capable of giving you support, the sweaty skin tends to chafe against the underwear. This gives you a burning sensation, and it gives you a bright red rash as well. To prevent this, choose an airy underwear with moisture-resistant qualities and with the kind of material that makes the fabric stay in place. A protective jockstrap is required for many sports.

If you are fond of wearing tight-fitting men’s underwear, you may develop too warm testicles which may lead to decreased sperm count.

Certain fabrics of your underwear can cause skin irritation and sometimes even allergic reactions that are known as contact dermatitis. Skins vary but the most common fabrics that often cause this condition are rubber, rayon, and polyester. These fabrics are not breathable and they are dependent on the weight, weave, and the fiber blend of the fabric. In certain cases, it may trap sweat in one spot and cause itchiness and rashes.

This is a not so known effect of super tight underwear for men. This is a painful condition which happens when the spermatic cord rotates and becomes twisted, cutting off the supply of blood and causing pain and swelling in the area. This condition is popular in teens from 12 to 18 years old but it is also possible to occur in older men.

Want to appreciate your boss? Try this ASAP

How to Experience the High Quality of Sounds?